So you’re ready to give a grant to a local leader. You’ve already spent time getting to know each other, and you’re committed to putting trust into practice. Your head is in the right place. Now how do you kick it all off? Let’s take a deeper dive into mutual agreements. 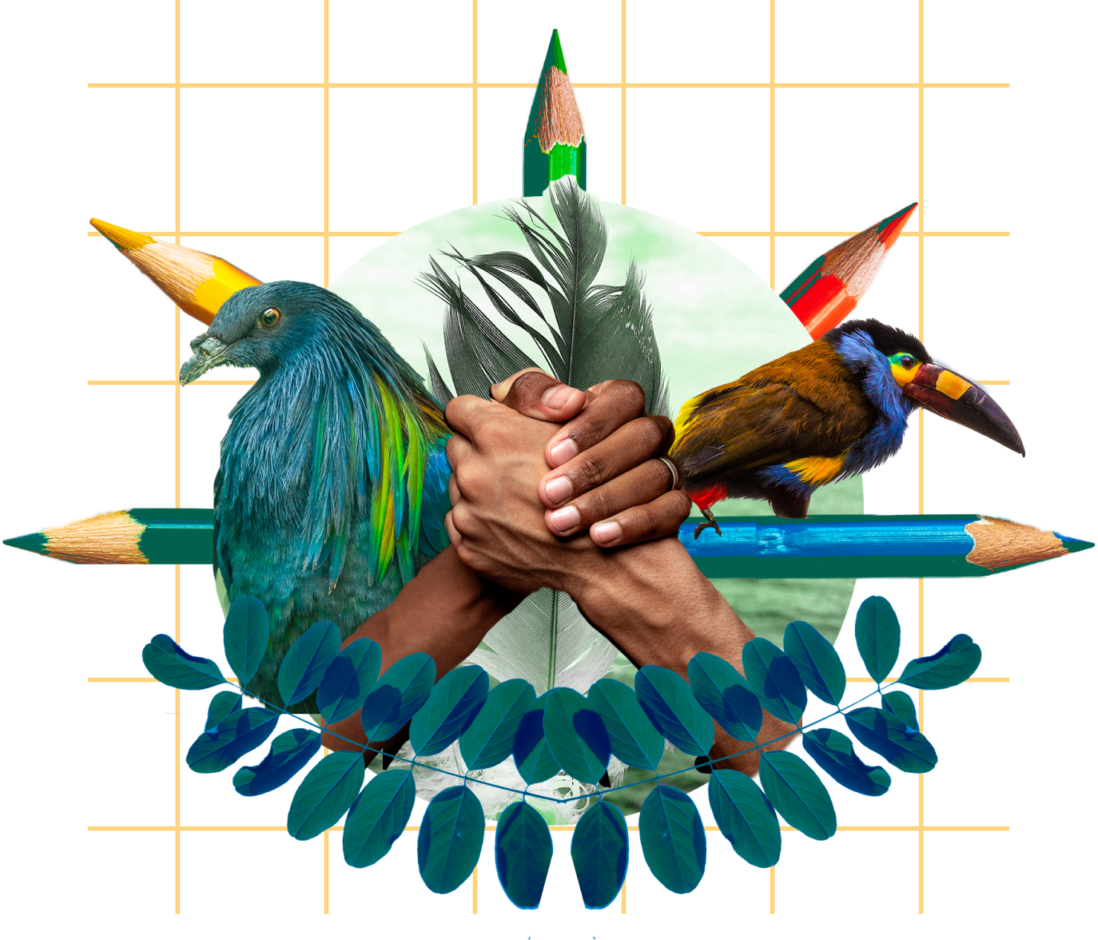 You might be thinking that the grant agreement you’ve used in the past is working just fine. But it’s worth taking another look — this time through the lens of power dynamics.

While your documents will require careful legal considerations, we’re focusing here on how you develop the content of your agreements. Traditional funding agreements often ignore the unspoken power dynamics between a funder and a local organization. A grantmaker comes to the table with resources, therefore wielding more visible (and invisible) power. A nonprofit needs access to resources, which often pressures local leaders to bend to funder demands, rather than being empowered to follow their own mission. To compound this imbalance, old models for agreements frequently resemble a one-sided contract, with no real accountability for the funder to follow through on their good intentions. 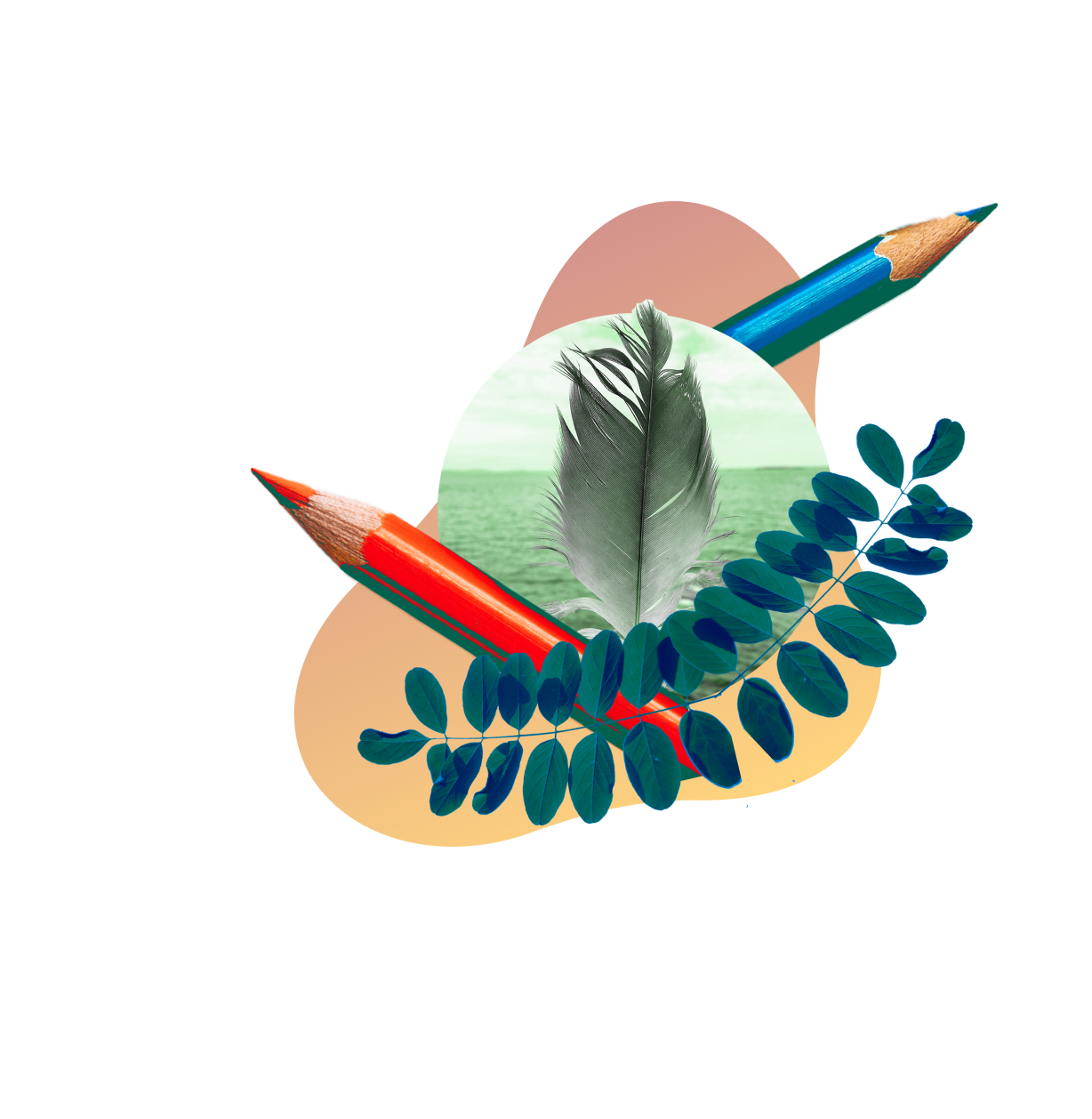 Power imbalances can show up in incredibly nuanced ways.

It happens in seemingly casual moments, like when a local leader feels pressured to help a funder “shop for souvenirs” after a site visit, taking valuable time away from their work and community. Or when an executive director spends weeks on meticulous financial reports requested by a funder who simply won’t read them. Or when a funder asks if their niece can volunteer, despite the fact that the nonprofit doesn’t have a volunteer's program for foreigners.

Travis Ning, Co-Executive Director at MAIA and the creator of the Awareness Accord, shares the story of working in East Timor, where war had destroyed a village school, and kids had to wander into a nearby cornfield to relieve themselves.

When a funder wanted to donate a shiny new flush-toilet bathroom, the power dynamics between the villagers and grantmaker prevented an honest conversation about the true needs of the community. The bathrooms were built — even though there was no running water. After thousands of dollars spent, the children at the school were still using a cornfield.

It’s about partnership, not paperwork.

To disrupt power imbalances you need to forge real, authentic partnerships. Before you get excited about signing on a dotted line, think of this as more than just a document. The process of developing a letter of agreement together is an opportunity to center your relationship in honesty and transparency. This ensures that:

Added bonus: Partnership just feels better. Seriously, a lot better. It will be a more meaningful learning experience for everyone involved, and authentically link you together in your shared mission. 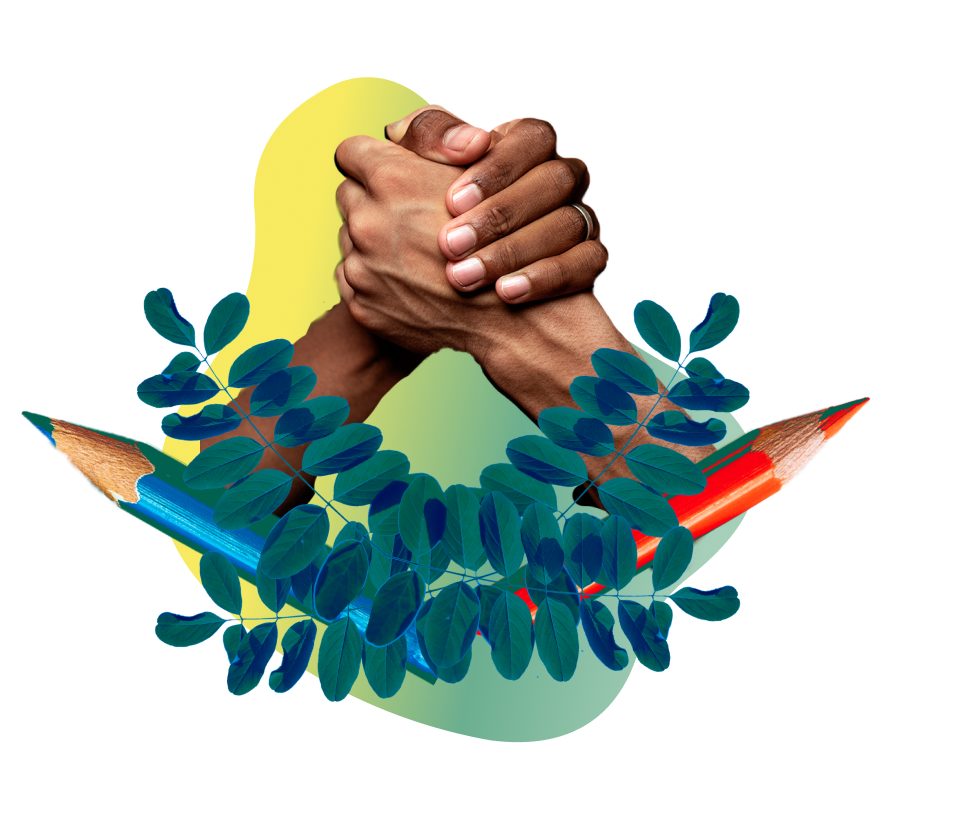 How to set up an equal, honest partnership

Letters of agreement are really the result of a larger conversation — where you and a local nonprofit sit down together to figure out what your relationship should look like. It can be as simple as a series of bullet points or as thought-out as... well, anything you and a partner want to dream up. We’ll walk you through some ideas to facilitate that conversation, and point you to a few templates and resources that might further guide your kickoff.

Your letter of agreement is a reciprocal document.

First and foremost, it’s a place to come together and make sure you and a local nonprofit are on the same page. You are outlining agreements together, based on your shared values and giving all voices the same equity and weight.

So what exactly are these agreements? Rather than just focusing on financials, a letter of agreement can be a holistic view of your relationship and interactions. Together, you will answer questions like: How often do we communicate? How will funders offer feedback? What can be published for public consumption? When will the relationship come to a close? Your answers become a document you can return to when things get complicated and you need to make strategic decisions. Since power dynamics show up throughout any engagement, these agreements aren’t just for the beginning of a relationship — they’ll be your guiding compass for every step along the way.

Find a framework that works for you and your partner.

Each partnership is different, so each letter of agreement will look different — and how you develop them will be unique too. Let’s take a closer look at one tool to help you formulate agreements together.

Travis Ning’s Awareness Accord is a great framework for individual funders and local organizations to have productive, meaningful conversations around agreements. It lays out three key concepts to explore through every step of your partnership, and models how to transform those bigger ideas into concrete agreements.

Let’s look at one concept as an example: 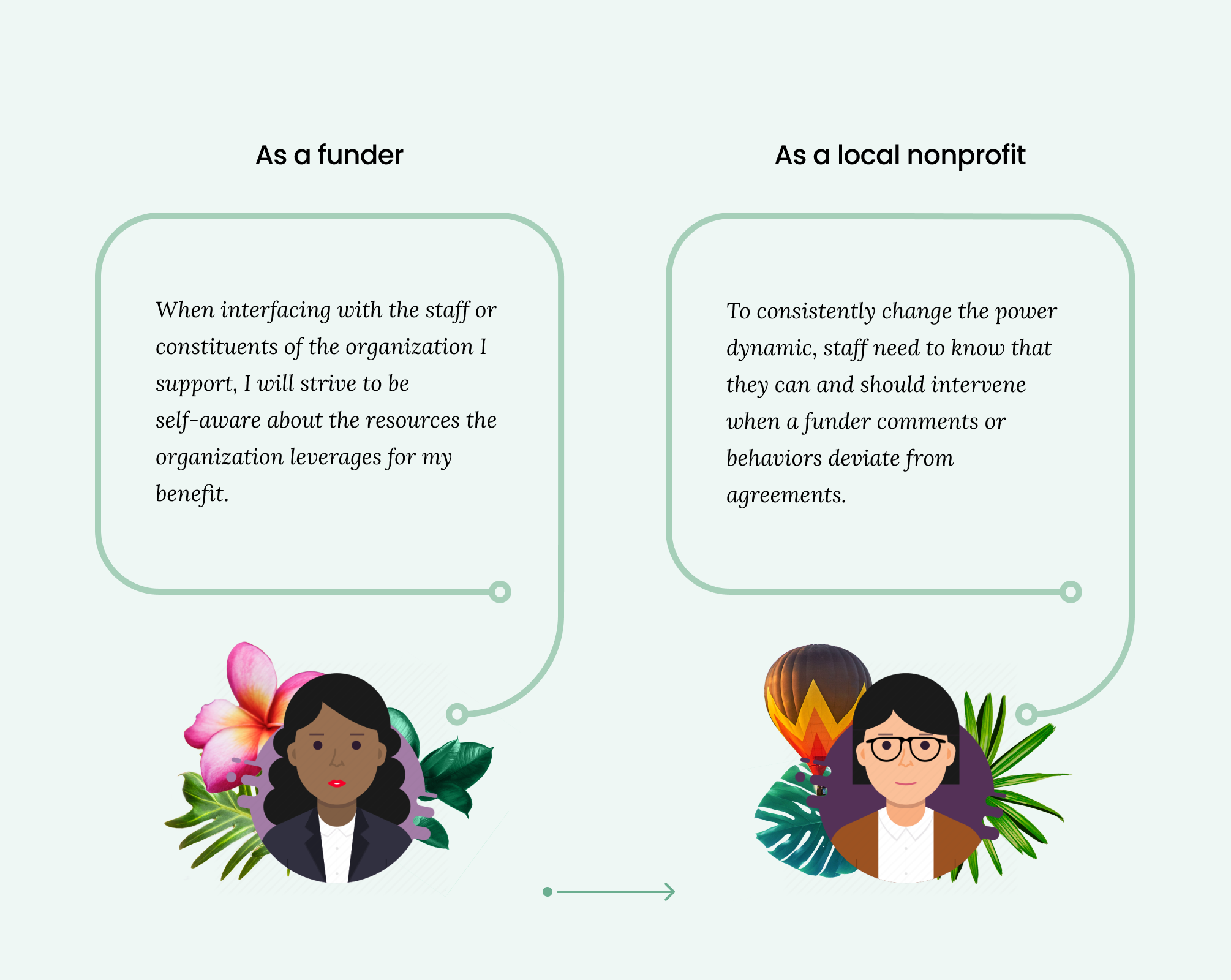 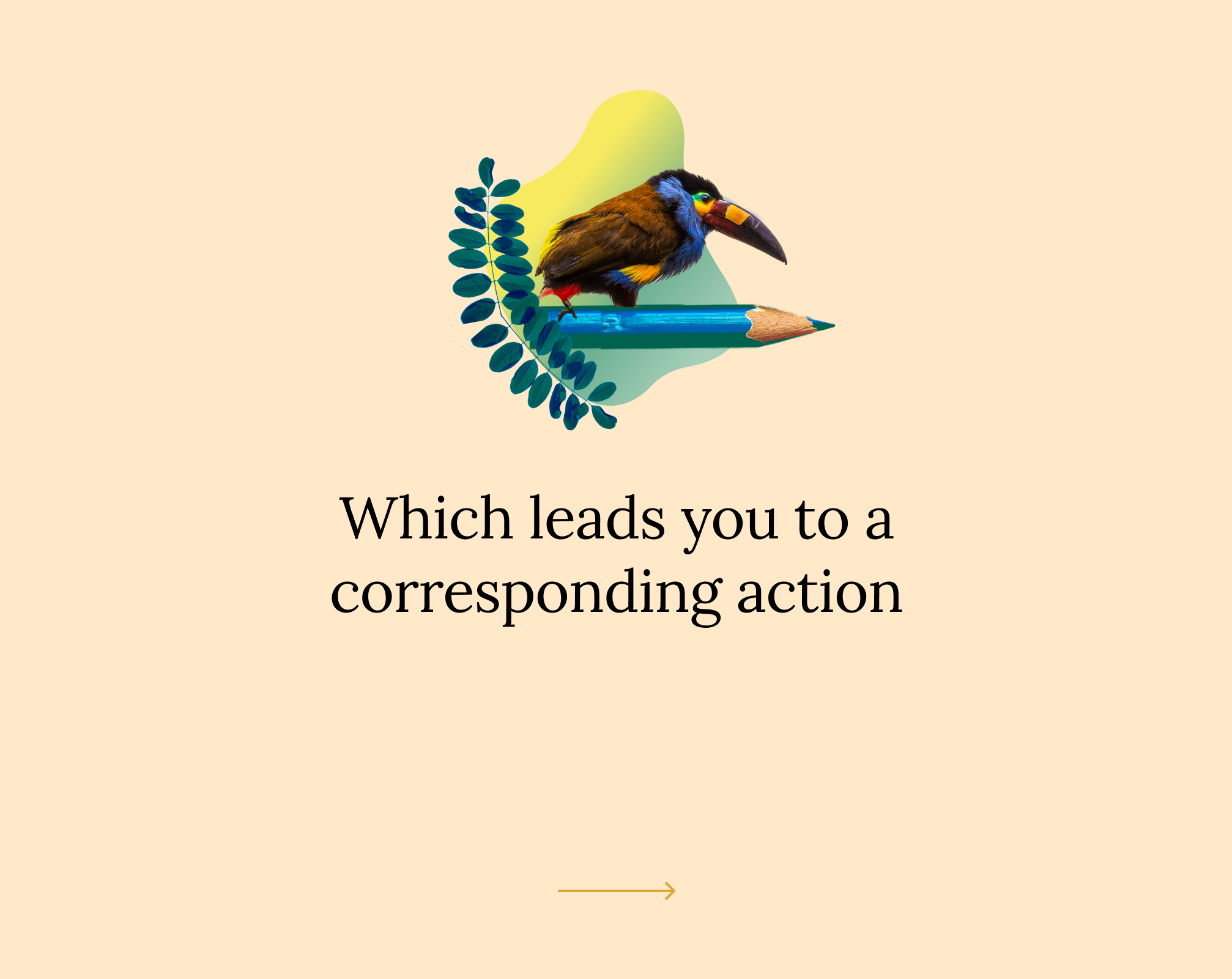 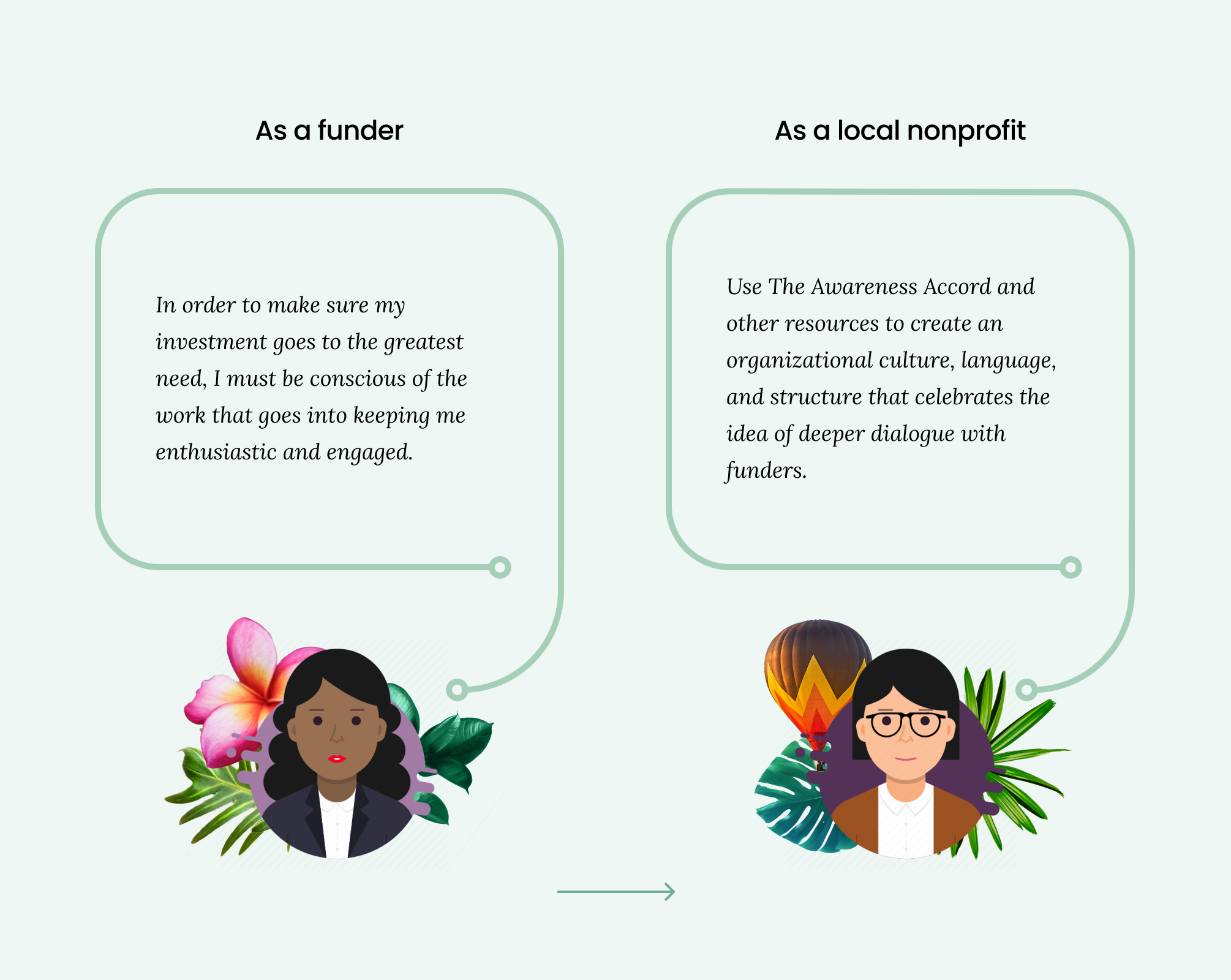 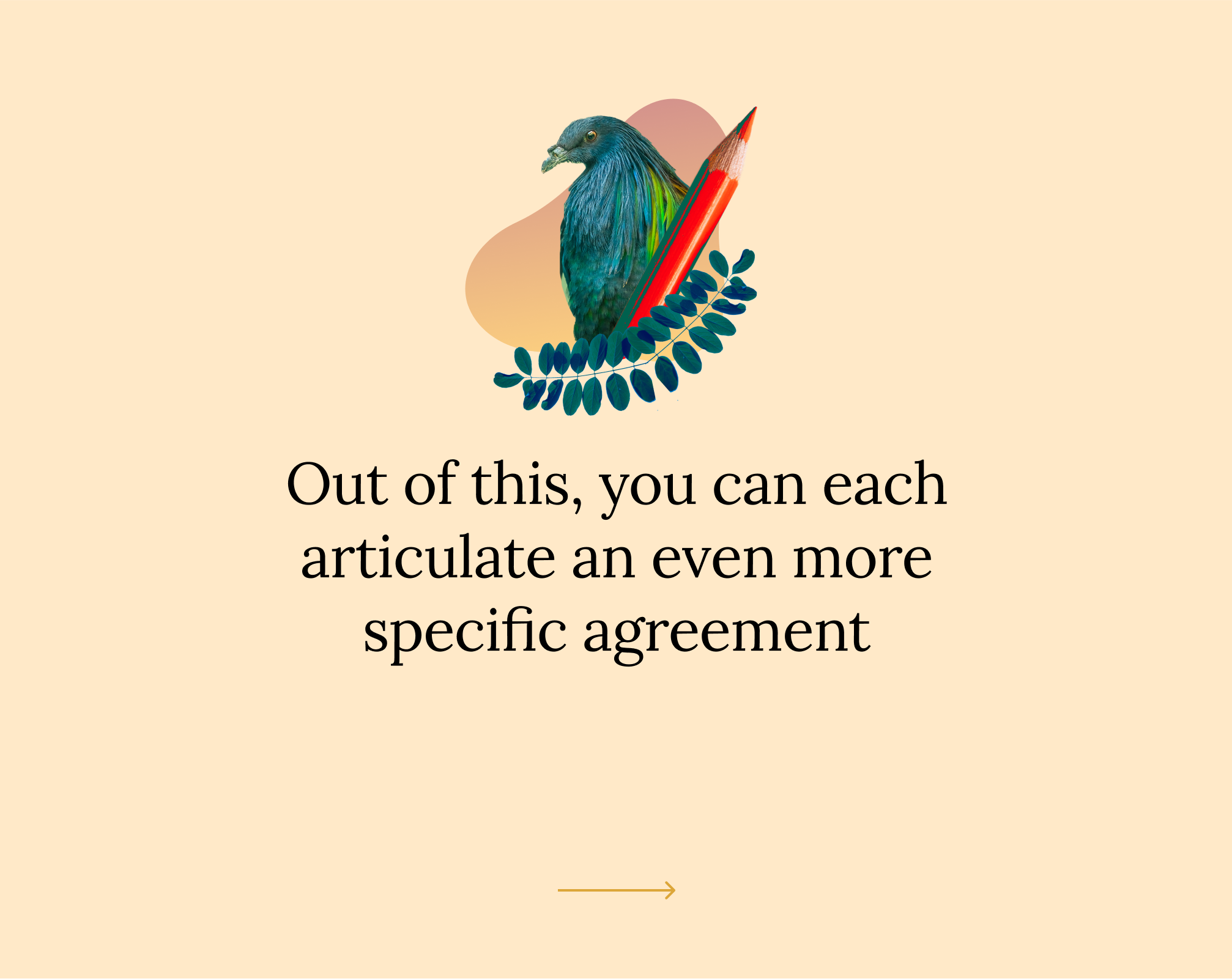 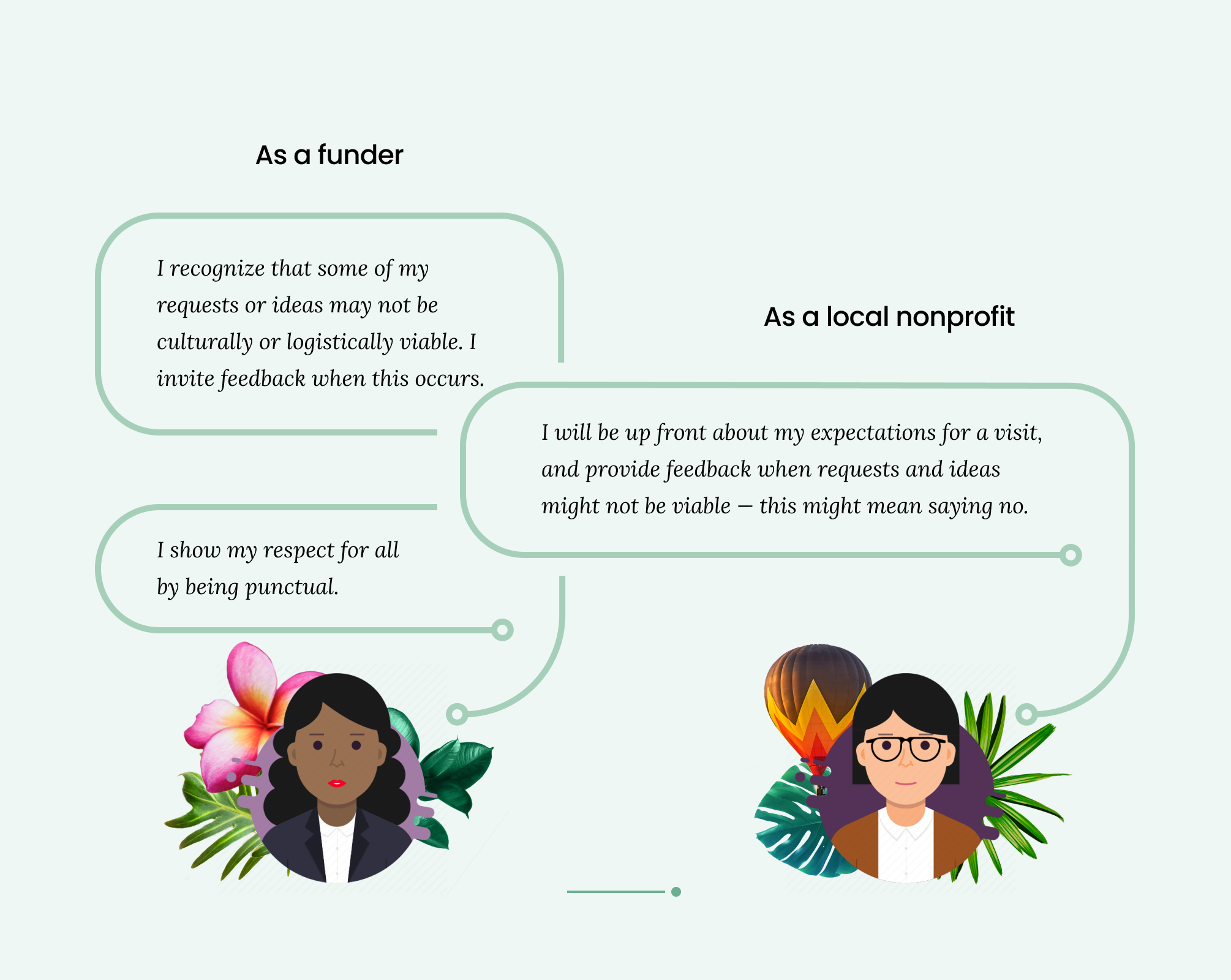 Breaking down bigger concepts into actionable agreements and working in tandem will help you and your local partner stay on the same page.

Two other important takeaways from The Awareness Accord’s format: 1) be really specific to address the needs of everyone at the table and 2) use “I” statements and active verbs to ground your commitments. Whether you use The Awareness Accord or another structure to guide your conversation, agreements like these can become the foundation for a document that formalizes the beginning of your partnerships.

Rethinking this kind of document is hard, especially when traditional grantmaking practices have done them one way for so long. (Conceptual discussion is great, but sometimes you just need to see an example!) Here are some resources we think are helpful, with downloadable templates so you can start putting pen to paper with your next partner. 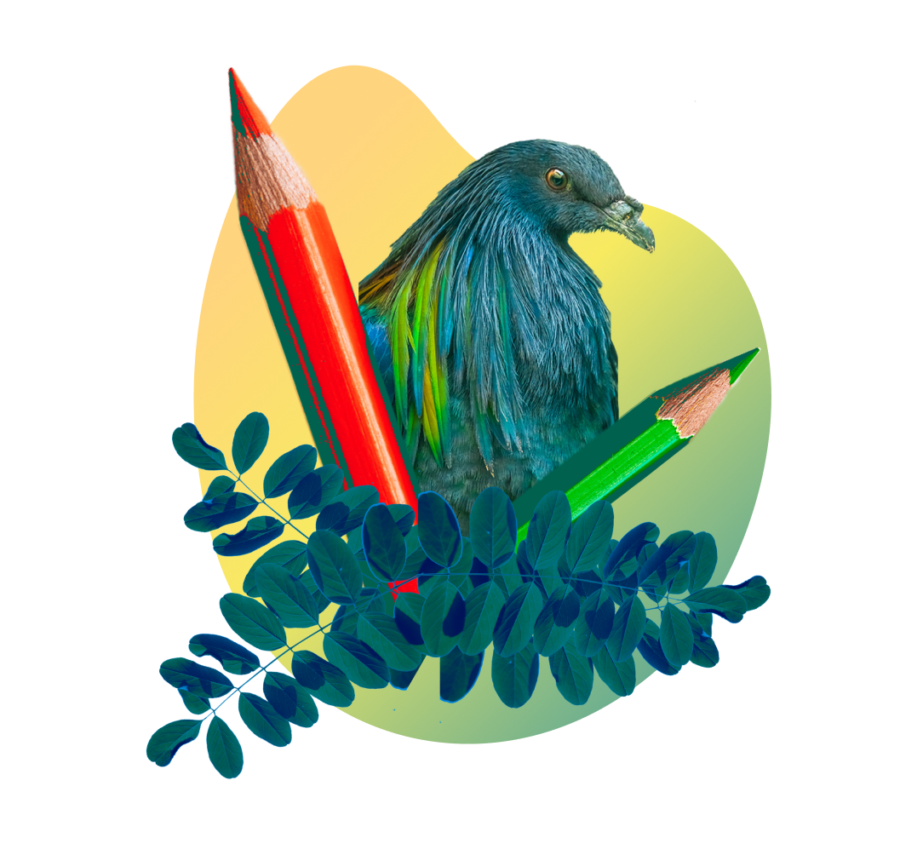 If you want guidance on finding shared values

Dive even further into The Awareness Accord with this spreadsheet as your guide. It’s incredibly useful for framing your conversation with a new partner — use the examples to spark your own ideas and then align together.

If you’re in an existing partnership with a nonprofit, there’s still space to have these conversations. The Awareness Accord even has a template for drafting a letter that proactively engages your partner organization.

If you have an existing partnership

This resource includes a great self-diagnostic checklist to help you understand your current approach in relationships and identify areas you could strengthen. It’s designed as a worksheet, making it easy to find suggestions from real funders and nonprofits, while brainstorming concrete next steps for yourself.

When you’ve already established some shared agreements and would like to see what a real document can look like, this is a great example. We like how the template is laid out to establish a reciprocal relationship from the beginning and covers many aspects of a partnership all in one document — including the details of funding length and amount.

If you’re a foundation

We think this could be a helpful example to check out if you’re an established foundation. It’s got clear and simple language, and the content itself focuses on supporting local organizations with streamlined processes. It’s a great start when you’re finding ways to approach paperwork with trust as your first goal.

Have a great template for letters of agreement? We’re collecting more resources to share with our community. Send it our way →

Reimagining impact with communities in mind.